It is popular to announce predictions for the upcoming year. I though it would be fun to try predicting some stuff too :) 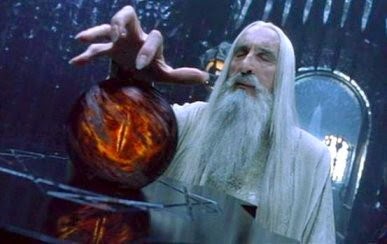 Disclaimer: my predictions are very subjective and are based on my not-so-huge awareness of the IT industry. Feel free to leave your opinions in the comments. So here it comes:

"How big is big?"- one would ask? I leave this question unanswered. But the term "big data" always reminds me of some data set that should be queried/calculated/analyzed etc. The thing is - enterprises are becoming data hungry. Even a small company internally generates huge amounts of data - website visits, emails, sale events, product releases, commits to version control - anything that comes up to your mind. This is all valuable data that can be analysed.

And it is a huge data lake that could be generated by data-intensive companies. Trying to keep the information structured was common just a few years ago - with data warehouse approach. Now we have technology that enables us to process so much data that the retail banking data warehouse would seem a child's play compared to the amounts of data processed today.

Now, where was I? Ah, yes... I you are an engineer and you still haven't learned about Hadoop, Spark, Storm, Kafka, Samza, Typesafe stack, or R, do yourself a favour pic one and start learning it! The demand in the skills for building data processing system backends will be huge in the upcoming year(s).

It is just all about data now (it has always been). Business depends on it.

Business as usual. Every day a new batch of JS frameworks will be appearing. Nothing special. The efforts to make JavaScript better are definitely welcomed, but doesn't it bring some uncertainty - which JS framework would you pick for the new project? Angular? What do you think about Angular 2.0 then? What about Atscript? Dart?

Crazy stuff.. Don't get me wrong - the improvements and the progress are amazing in front-end tech. Compared to the time when I had to do JS coding the current work of front-end engineer is just pure pleasure! The problem that I see here: it is just never stable. Almost any front-end technology that is popular today might easily turn into unmaintainable in a few months. And it doesn't seem to get better, at least from my impressions. And this trend will continue.

Scala continues to grow, Java continues to decline. We will probably see more reports on Kotlin and Ceylon being used in real commercial projects. Despite all the recent efforts that have been done in Nashorn, I have lost my belief into dynamic languages, although Groovy remains my GTD programming language for JVM.

The reality is, there are just a few companies, like Netflix, who would really benefit of microservices approach at a big scale. Others - just use the fancy term - microservice - and isolate some functions of the silo application into a dedicated service. That's it - "so micro, much service". So it's just a SOA reinvented. The community will realize it this year, I hope.

Docker is probably the biggest hype of 2014. Even bigger than 'microservices'. Well, now there's a competing effort - Rocket. I'm almost sure that in 2015 we would see some more challengers in this space - other competitors to Docker. Given the support of big vendors, however, Docker will continue the hype in 2015. I'm still not convinced by the technology though.

Haha! You didn't see that coming, did you? :) Why technology marketing? Oh, because the most effective sales are not happening during a golf match any more. Even big vendors are now more developer-oriented. Hence marketing. The problem here - developers hate marketing.

But have no fear! Marketing guys are crafty as well - the new ways to deliver the message to developers about some new cool and shiny thing are being invented every day. How? Content. A huge effort is being put into creating content for software developers. Look, Voxxed have just been launched. Why? Answer - marketing.

So in 2015 you can expect even more content being pushed by the vendors related to the technologies I've mentioned above.

OK, I think this is enough of predictions, it was a fun exercise :) Let's see how it turns out in a year.