An annual release of Eclipse is coming soon! The release includes 21 projects.

Eclipse is the leading platform for tools I think, but sometimes it seems too heavyweight to me. Lately I tried to download all the Eclipse projects and while running the Eclipse instance I was getting OutOfMemoryError all the time. It seems that for every programming purpose I should have a separate Eclipse instance to avoid the memory problems: one instance for JEE development, one - for BIRT reporting, one - with CDT installed. In other words keep the configuration of current instance minimal.
Here's another interesting blog entry about Eclipse platform at Application Platform Strategies Blog
Posted by Unknown at 11:41 PM No comments: Links to this post

Email ThisBlogThis!Share to TwitterShare to FacebookShare to Pinterest
Labels: eclipse 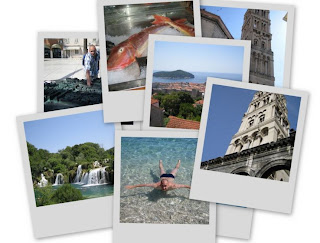 Dubrovnik - a city on the Adriatic Sea coast in the very south of Croatia, a seaport and the center of the Dubrovnik-Neretva county. The old city of Dubrovnik is listed at UNESCO World Heritage Site.

Makarska - a small town on the Adriatic coastline of Croatia, about 60 km southeast of Split and 140 km northwest of Dubrovnik. Makarska is center of Makarska rivera, both touristic and cultural. It is possible to find accommodation in Makarska itself as well as in the neighboring places.

Split - the largest and most important city in Dalmatia. The beginnings of Split are usually linked to the building of Diocletian's Palace, which is a place to see. Split is the only city where we found a sandy beach, coz all the rest coastline is mostly of rocks ans stones.

National Park Krka. Krka is a river in Croatia's Dalmatia region, with length circa 73 km; famous for its numerous waterfalls. This is a nice place worth visiting, but before Plitvice Lakes!!!

Zadar, the fifth largest Croatian city. A city with a rich heritage of world importance, visible at every step. The Roman Forum from the 1st century, St. Donatus’ Church from the 9th century is the most famous medieval basilica and trademark of the city. Also, a unique sea organ was built in Zadar in 2005.

Plitvice Lakes. This is a must-visit-place! Many small lakes, separated by natural dams produce an astonishing view. The park is also added to UNESCO's List of World Heritage and this is the major tourists attraction in Croatia.

Trogir - historic town, next to Split, which has 2300 years of continuous urban tradition. The city is inscribed in the UNESCO World Heritage List. Trogir has a high concentration of palaces, churches, and towers, as well as a fortress on a small island. This is the best-preserved Romanesque-Gothic complex not only in the Adriatic, but in all of Central Europe.

Brela Beach. Brela is a village in the Split-Dalmatia county of Croatia, a part of Makarska Rivera. The Brela beach is so perfect, it's hard to believe you're still in Europe. It's one of Croatia's best resorts with crystalline water and pebble beaches.

Cavtat is the most southern city in Croatia. The Cavtat area is most attractive because of the Mediterranean vegetation which covers the whole area. Numerous bars and restaurants line the waterfront, offering everything from cheap pizza to more expensive local specialties: the Cavtat is a good as any, with a repertoire from simple pasta dishes to succulent fresh fish.

Croatia is a beautiful country and a perfect place for those looking for crystal clear water and plenty of sunshine.
Posted by Unknown at 2:13 PM No comments: Links to this post